"I have 180 days to turn them into revolutionaries."

The declaration above came from an undercover video of a California high school social studies teacher as he bragged about intentionally trying to convert his students to Marxism.

“I have 180 days to turn them into revolutionaries,” Gabriel Gipe told a Project Veritas undercover reporter. Gipe encouraged his high schoolers to attend Antifa meetings. Antifa is the violent and radical Marxist group who targets Christians – like it did at an open-air worship event in Portland, Oregon, in August. Gipe even offered to give his students extra credit for going.

It makes me wonder how many school kids in America are being poisoned by such covert socialist propaganda efforts. I’m afraid the answer is many more than their parents are aware of.

The good news is that Gipe might be on the way out after the video was released and the school received heated criticism.

However, he is not the first, nor will he be the last, leftist indoctrinator posing as a teacher.

Take the example of Kristin Pitzen, an English teacher for the Newport-Mesa School District in California. She boasted in a social media post that she does not have an American flag in her room when her students say the Pledge of Allegiance. Why? She explained that the American flag “made me uncomfortable.”

Instead, she urged students to pledge to the gay pride flag – which is in her classroom. In a separate posting to social media, Pitzen bragged, “I pledge allegiance to the queers.”

Fortunately, some parents and others saw Pitzen’s post. As of this writing, the teacher has been suspended pending review of the situation.

Yes, some parents are waking up and getting involved,
but great damage has already been done.

Several pointed to what they said was American greed, support for Israel, bad cops, and the country’s “racist past” as reasons for their embarrassment. Several said they would be willing to give up their American citizenship.

What turned these young people against our country? Some admitted it was the influence of college classes that changed their minds about the United States. “I think college really opened my eyes to a lot of these” problems in America, one student said.

One person who didn’t like the anti-American comments in the Campus Reform video was Lily Tang Williams, an American citizen who immigrated from communist China. Williams told Fox News that she felt sorry for the young people in the video. She said, “They remind me of my past, living in communist China for 23 years.” Williams said that she too had been brainwashed to believe everything the communist regime told her was true.

We’ve come to expect such radical propaganda at universities, but now the effort is reaching into high schools and below with the Biden administration’s incorporation of recommended educational resources. In its plan to reopen schools after COVID, the U.S. Department of Education listed resources for use by public school teachers, including a handbook from the Abolitionist Teaching Network. That group said in the handbook that schools should be committed to helping students, families, and educators “disrupt Whiteness and other forms of oppression.”

Look, we can have honest discussions about our nation’s past. There is much to be proud of, but obviously not everything. There’s tragedy and pain. There’s darkness and sin. But that’s not the whole story. There is also triumph, repentance, redemption, and reconciliation.

The problem is that these Marxist radicals are not sincere truth seekers wanting to have reasonable cultural conversations about justice. Rather, they are angry, vindictive extremists who want to tear apart the nation and overthrow the foundations of our republic!

Using the weapons of the Spirit, AFA is doing all that we can to resist and defeat these godless Marxist rebels while sharing Christ’s gospel in the process.

Here’s how we express that in AFA’s mission statement:
“The mission of American Family Association is to inform, equip, and activate individuals and families to transform American culture and to give aid to the church, here and abroad, in its calling to fulfill the Great Commission.”

We fulfill that mission by:

This month that resource is a children’s book from AFA’s original book series called The Covenant Creek Kids, written by Whitney White and beautifully illustrated by Kimberly Merritt.

Veterans Day with Grandaddy Meek is a simple story with a profound message about the love of God, family, and country. It speaks with the voice of AFA but on a level that children can understand.

In the book, Brennan learns how to face bullies, deal with false accusations, and most importantly, not mistake meekness for weakness. Children of any age, as well as their parents and grandparents, will treasure the conversations and lessons that Veterans Day with Grandaddy Meek evokes.

And as a bonus resource, I’ll also include the audiobook version on CD.

The battle for the hearts of our children and grandchildren is real. That’s why – without apology, fear, or regret – AFA remains dug in on the frontlines of the battle, prepared to fight to the end.

God is using your prayers and gifts to make that possible.

So please, right now, with this letter in hand, use the enclosed gift slip to request your copy of Veterans Day with Grandaddy Meek, and make your generous gift to the cause of restoring a spiritual foundation to our great nation.

The futures of our children and grandchildren are at stake. 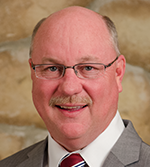